Oscar W. Larson's in-house Android app for managing the activities of its fleet had grown from a side project to a critical productivity and logistics tool. While the app showed much promise, it was becoming increasingly complex. Indeed, the app owed much of its value to the fact that it interfaced with multiple data sources and services, including third-party APIs and an internal relational database. However, it did so directly within the app code. And with a growing need to support both iOS and Android devices, manage a large user base, operate securely, and scale gracefully, the app was becoming unwieldy to manage.

Our Information Architecture (IA) process took a complex system and distilled it to a central "data hub." This hub consolidated Oscar W. Larson's internal relational database and third-party service APIs into a secure, easy-to-manage piece of "middleware." It also took over some of the business logic previously handled within the app code, as well as the CRUD (create-read-update-delete) capabilities for the existing database.

Artonic's Information Architecture experts and developers then drafted and implemented a well-documented REST API that securely exposed the data hub's capabilities, which created a single source that powered future Android and iOS versions of the app. To make the data more manageable, we topped it off with a custom web-based app management system (also powered by the API). The fruit of our IA efforts was a robust, secure, easy-to-use system that can scale with evolving mobile technology and large amounts of data. 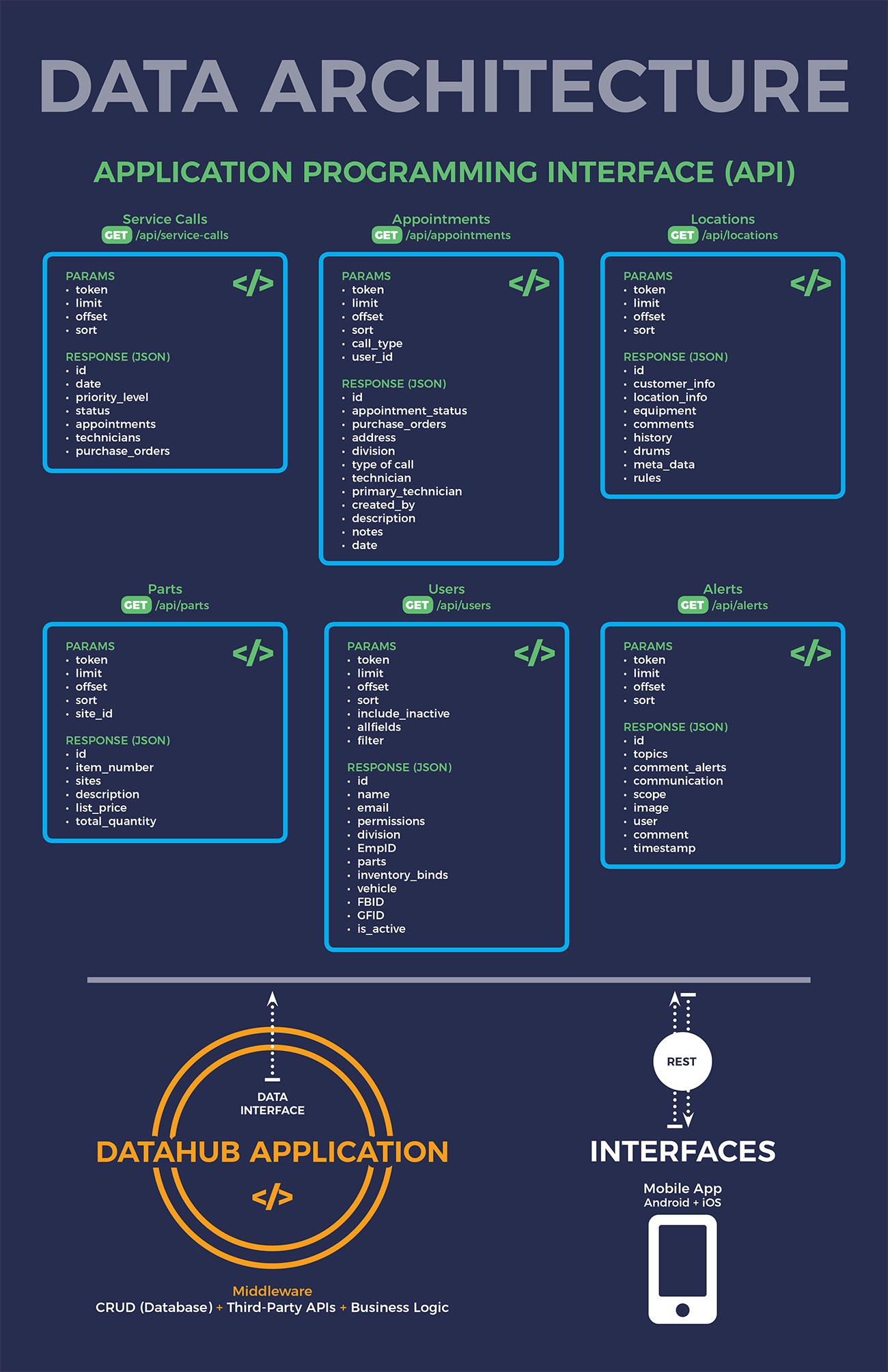 Ready for a custom quote for your project?